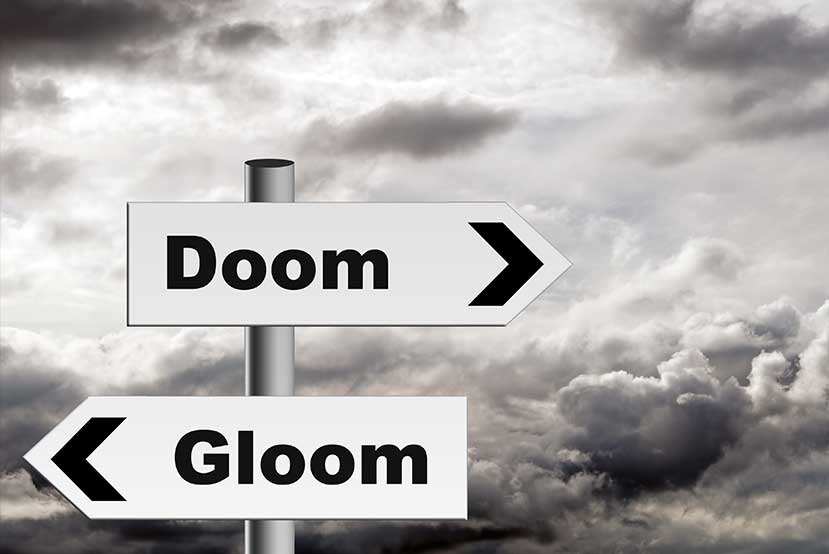 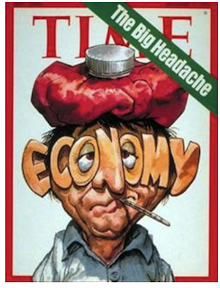 One of my business professors gave a lecture on what he saw as the four most dangerous words in the American language.

That was a long time ago, so before we get to his nuggets of wisdom, I would like to spend some time discussing more current events, or better stated, current crises.

Lately, it seems our country is hurtling from one crisis to the next — the latest to monopolize our attention has been the federal government shutdown.

So what made this crisis special? Probably nothing, except that it was so recent. Perhaps the only thing that changes about crises is our perceptions of them and how we are exposed to them.

First, a quick story may illustrate my point.

As a parent, I am understandably concerned about the safety of my daughter. During a recent conversation, my wife mentioned having read in a book that crimes against children are at record lows. My initial reaction was, “Hogwash, there’s no way that’s true.”

Well, guess what? I was wrong. On an epic scale (I don’t usually admit that, by the way). FBI statistics show that physical abuse against children is down 46 percent since 1990.

If that’s true, then why do a majority of Americans—74 percent in a 2009 Gallup poll—think crime is much worse than it is? Could it be that our increased exposure to information colors our perceptions?

According to a Pew Research Center study, the average American devotes 68 minutes per day to consuming news stories.

Twenty years ago, if something dramatic happened to a person in Montana, for better or worse, I had no idea—the local DC news likely wouldn’t report it.

Today, the 24-hour news cycle provides near-instantaneous reporting of events all over the world.

So it’s not that the murder rate is higher or that crimes against children are more prevalent, it’s just that we are exposed to reports about them more frequently. This impacts our perceptions.

But we’re here to talk about investing. 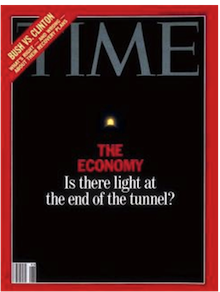 In the more than 40 years since the date, President Richard Nixon resigned, Iran took U.S. hostages, Oliver North was found guilty, the stock market fell 21 percent on Black Monday, the savings and loan industry cratered, the first Gulf War was waged, the USSR broke apart, a federal building in Oklahoma City was bombed, the tech bubble burst, 9/11 became an infamous date, our second war with Iraq began, the sub-prime market had a meltdown, and antipathy between Congress and the president is the norm.

In spite of the failings of our political leaders and the various crises we have endured, the stock market has performed very well.

While I didn’t include every momentous event occurring during this time period, the point is this: we haven’t recently been bouncing from crisis to crisis; we have always been dealing with crises.

We are susceptible to something called recency bias, which means that our brains weigh recent experiences heavier than past experiences. 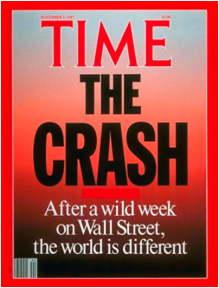 In other words, memories fade with time. But our perceptions of those memories change over time too. When my wife was in labor, at one point the pain was so intense that I feared for the safety of everyone in the hospital.

Six years later, she’ll happily tell you it was no big deal.

The same principle applies to other uncomfortable experiences; over time, their impact on us decreases, while the impact of more current events weighs disproportionately heavily.

As investors, it’s important to keep our eyes on our goals.

If your goals are one year away or two years away, you would be right to be concerned about what’s going on today. You also shouldn’t have money set aside for this goal invested in volatile investments.

On the other hand, if your goals are 10 or more years away, don’t be intimidated by today’s “earth-shattering” headlines, and don’t make long-term decisions based on short-term events.

Think about all the doomsday prophets who jumped out of the market in 1974.

As to the four most dangerous words in the American language, according to my professor, they are: “This time it’s different.” It’s really not that different at all—it’s just more recent.