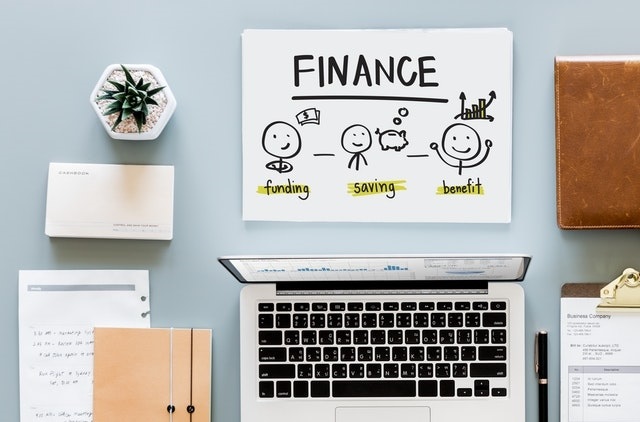 It won't come as a surprise to anyone that our brains are quite complicated. Sometimes our minds can even play tricks on us. Take for example the image below, which blue circle is larger? Of course the circles are the same size, but surrounding them with other objects affects the way our brain perceives them. This is an example of a cognitive bias called the relativity bias. As harmless as this simple illusion is, it serves to highlight how our brains are wired. 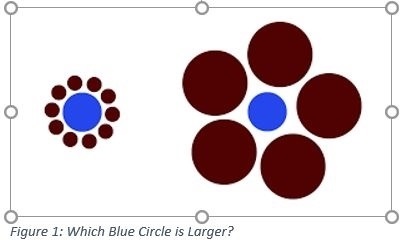 Of course retailers have been exploiting our cognitive biases since time immemorial. One such common bias is called anchoring. This is when your mind focuses on one trait or number, often the first one it sees, and bases an entire decision relative to this one factor. When you see a price tag with a high MSRP that's conveniently crossed out and replaced with a much smaller number, your mind is predisposed to think it's getting a good deal. But where did the MSRP come from? Was it ever a realistic price or a merely a trick to anchor your mind to a higher price? Outlet stores are especially good at exploiting this bias. Relativity and anchoring are but two examples of the many well-known biases.

So the question for us to explore is, can our brains hurt us as investors? Well, according to the burgeoning new field of behavioral economics, the answer is yes. Based on my 20 years of working with clients, I have to agree. I met with one young couple in early 2009, who were seeking advice on what to do with an inheritance they had received. I recommended that they invest in a broadly diversified portfolio and suggested that despite media headlines, this was a good time to start. Ultimately they decided not to invest at that time, because they felt the market was going to continue falling. I followed up with them six months later and even though the market had turned around, they weren't convinced the recovery was real and opted to stay put. After several rounds of follow-up and a strong rebound of the market, the couple eventually told me that they weren't comfortable investing because the market was too high! So they stayed in cash and missed significant market returns. They even sent me online articles that supported their point of view. Not only was this couple succumbing to what’s known as the recency bias, the thinking that because this is the way things have been recently, this is the way it will always be, they also suffered from confirmation bias. They actively sought out information that supported their point of view, and discounted information that ran contrary.

As if cognitive biases weren't enough, we also have emotions to contend with. Money is a very emotional subject and it’s understandably difficult to detach ourselves and make decisions with our brains rather than our hearts. I once met with a prospective client who liquidated his entire 401(k) plan to purchase guns and ammo. This gentleman was convinced, after the election of Barack Obama that guns would be outlawed and he would profit handsomely from the eventual resale of these weapons. Political views aside, this was clearly an investment decision rooted in emotions rather than sound economic principles. Penalties were assessed on the liquidation of the 401(k) and the entire amount withdrawn was taxed, pushing this investor into a higher tax bracket. Eight years later, we can see that this gentleman made a poor investment decision, but at the time he allowed his emotions to get the better of him.

Of all the biases I have come across, in my opinion the most dangerous and pervasive is the status quo bias. This is where the mind sets the current status quo as the baseline and any deviations are perceived as a loss, even when there are superior alternatives. This bias has been observed in everything from health plan selections to investing. Any decision may come with adverse effects and our mind weighs negative consequences much higher than positive ones. How often have you beaten yourself up over a bad decision versus giving yourself credit for a good one? So the mind perceives that there are no negative consequences to the status quo, after all it’s been working, why take a risk and change things? Even if the status quo is not the optimal choice, it’s less risky to stick with it. This bias impacts many investors primarily because it won’t become clear for many years that the decisions that have been made are less than ideal. Without immediate feedback as to the correctness of the decision, the status quo bias becomes very difficult to overcome.

These are but a small sampling of the biases that affect our decision making, and not all investors will fall prey to them or their emotions, but too many will. One key to successful investing is to know yourself and recognize these biases and how they impact our decision making. Having a detached third-party around to offer advice and guidance that’s founded in economic principles can help you create a solid investment strategy and stick with it through thick and thin.