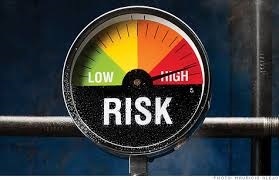 Do you know how much risk is in your portfolio?

How comfortable are you with risk in your portfolio? 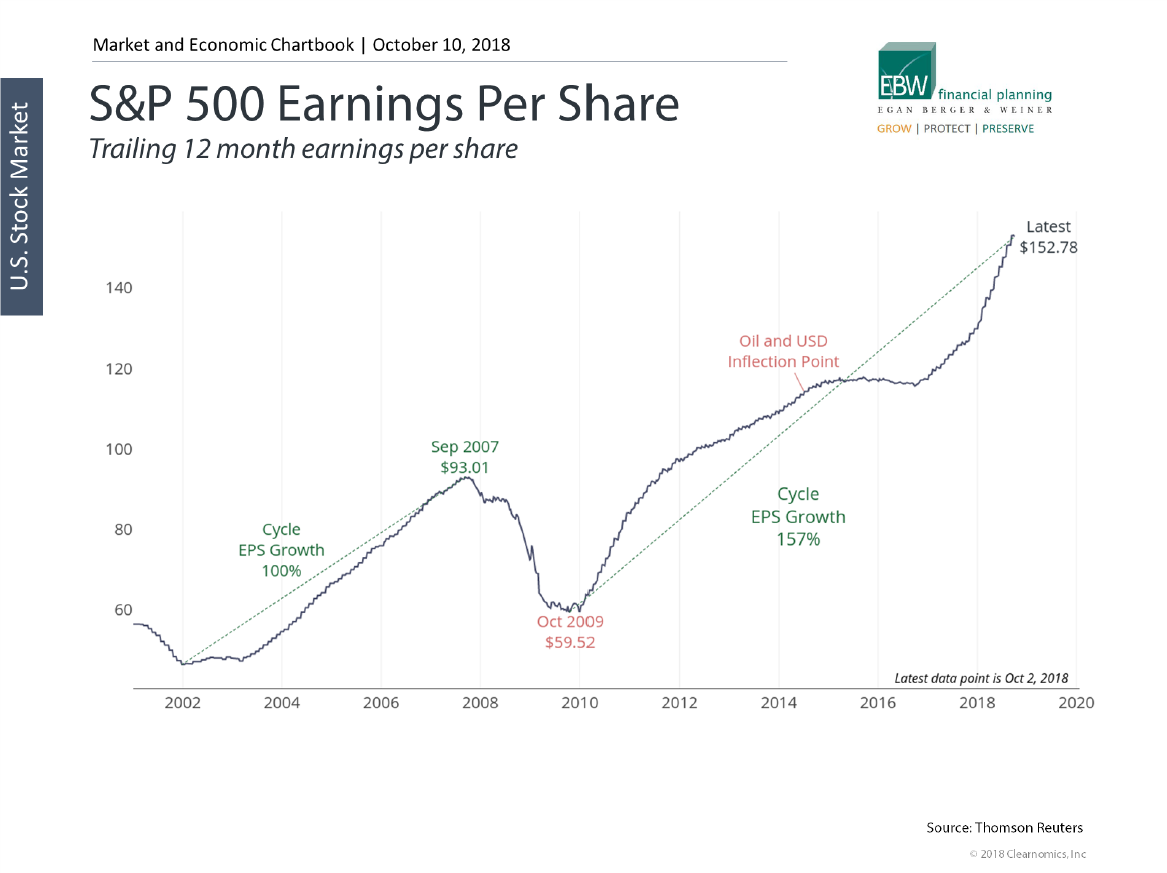 Before you answer the question, let’s consider what’s happening with our economy, where we find ourselves in the late stages of the longest bull market in United States history. Soon this will be the longest expansion in US history, provided nothing dramatic changes the economic outlook in the next two quarters. Bull markets do not end because they become old, rather they end because of external causes.

Volatility rises on trade worries, currency weakness in the emerging markets and concerns over rising interest rates in the United States.

What causes result in an expansion ending? One obvious reason is a recession, which is two-quarters of depressed economic growth. The others are a spike in commodity prices, aggressive Fed rate tightening, or extreme valuations in equities.

So, let’s explore those conditions.

Recession: Analysts consensus on earnings expect to see an increase over the next two quarters before taking a slight breather from the tax bill stimulus. Then, analysts project an increase again in the 2nd quarter of 2019. GDP growth has been surprising to the upside at 4.2 percent last quarter. Recession odds are low in our view. 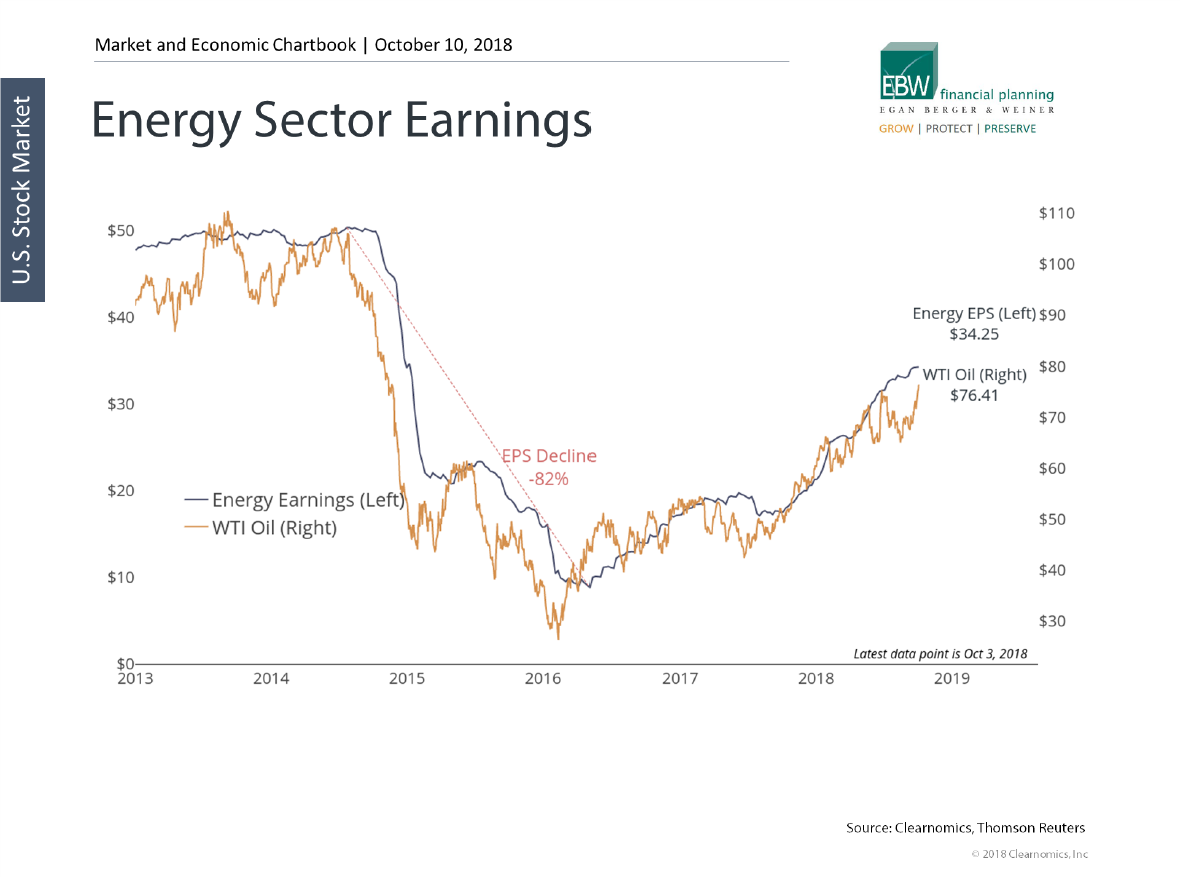 Fed Rate Tightening: The Fed has actively been raising rates since 2015, but they have been moving slowly due to the relatively tame inflation to this point. The three-month T-bill rate is now 2.25%.

Extreme Equity Valuations: In the late 1990’s, the US stock market had multiple, back to back 20 percent + stock market returns (S&P 500).

By early 2000, the stock market was way overvalued with a price to earnings (P/E) ratio of over 27 times earnings.  In contrast, today the P/E ratio is 16.9. 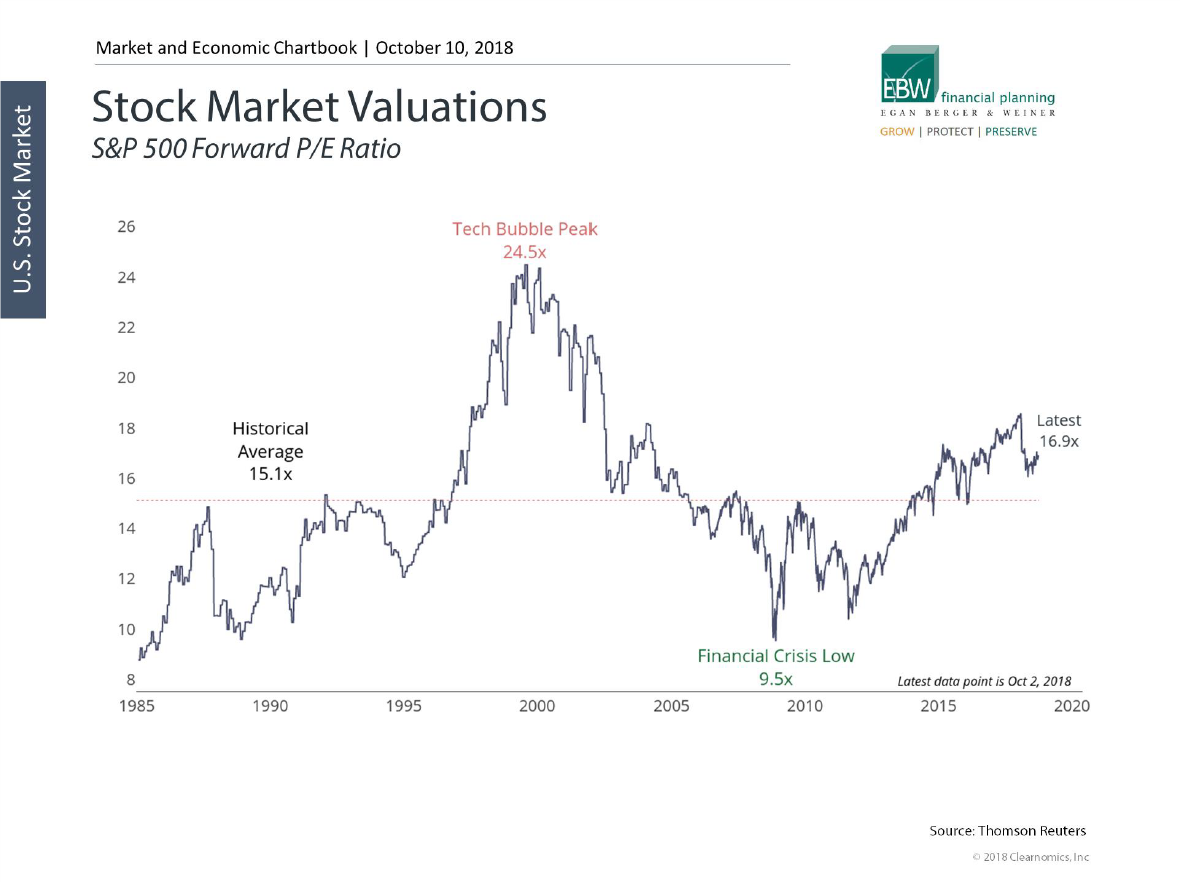 Inevitably, the expansion will come to an end. When it does we will see markets decline. At the end of these market expansions, people tend to wind up owning significantly more equities than when the cycle began. The question you need to ask yourself is when the time comes, what investments do you own and how far will your portfolio decline? Are you aware of the risk inherent in your portfolio? Can you handle the decline your portfolio will experience given how you are invested? Do you even know your risk score?