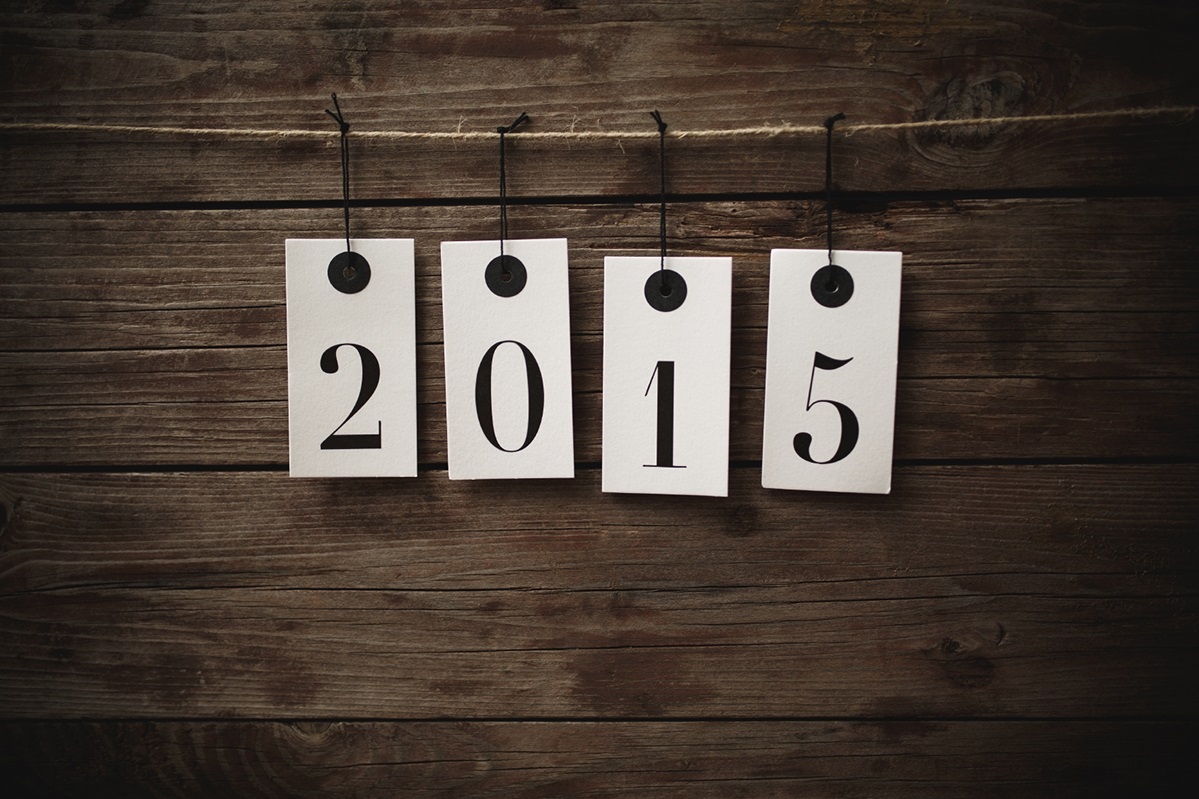 Stellar returns of the S&P 500 over the last several years have left many people wondering if the market is in a bubble or priced to fall soon. While it is never possible to call a top or time a decline, what we do know is that retail investors tend to arrive at the party late and push stocks higher than they probably ought to go in the short run. When we examine the market valuation today it currently has a price to earnings (P/E) multiple of 16x forward-looking earnings[i]. The P/E ratio tells you how much investors are paying for each dollar of earnings a company makes and is one indicator of how cheap or expensive stocks are. As seen in the image below, 16x is the average P/E ratio over the last 25 years[ii]. Based on this, we are not at this time concerned about an overvaluation in the US. We also believe that the US market still has room to grow. 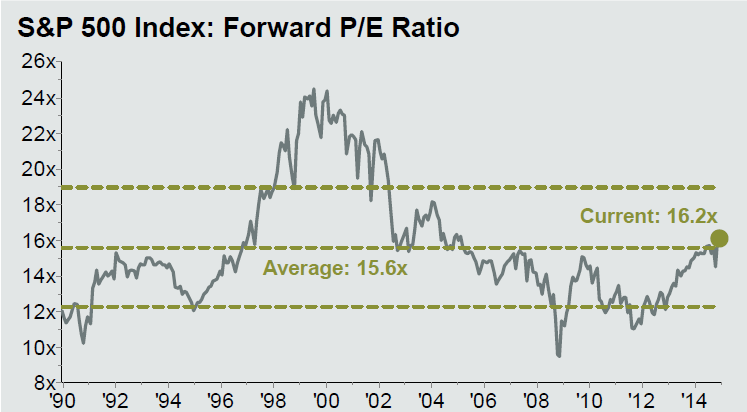 While the valuation of the US stock market sits at its 25-year average P/E multiple, better valuations can be found if we look abroad. I know what you’re thinking, “It’s very scary over there. Don’t they still have problems in Europe and what about Russia and the other Emerging Economies?” Those concerns are justified in the context of news, but not necessarily in the context of valuations and investment markets. If anything, these are the reasons why the valuations are better abroad. Many of the other developed countries’ multiples sit below the World average of 14.2x, while the US sits above it at 15.4x.

Many economists think that as the European Central Bank (ECB) begins their own bond-buying program to stimulate their economy they will also see the effects of a rising stock market and increased economic growth as has been the case in the US. We tend to agree with that outlook and may consider increasing our holdings of international stocks at some point in 2015. This decision will be dependent upon the resolution of issues in some of the EU’s periphery countries. Still steeper discounts can be found in emerging markets. We are also considering a slight increase from our current weighting based on the attractive valuations and opportunity for growth given the growing impact of their economies as a share of total world GDP as noted earlier.

The interest rate reversal has surprised a lot of professionals. Since the summer of 2013 after then Fed Chairman Ben Bernanke talked of tapering the bond-buying program known as QE or quantitative easing, the 10-year treasury rate went from about 1.6% to slightly over 3% to start 2014. But as the FED started 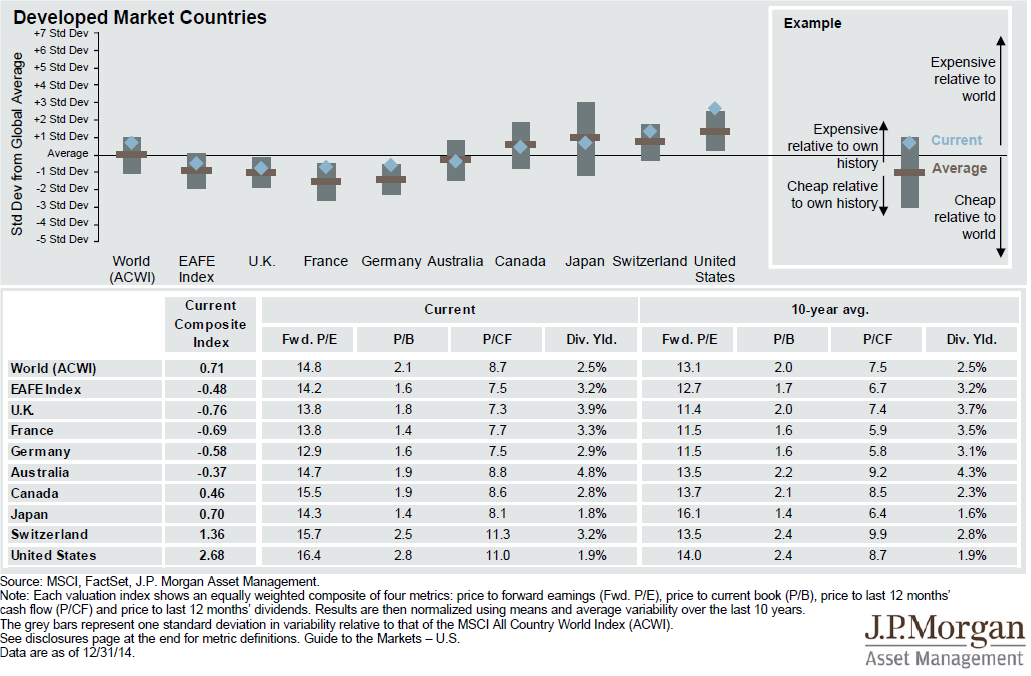 winding down the program of buying bonds on the open market influencing the longer end of the interest rate downward, instead of rising more, the rates have declined currently just a notch below 2.2%. There are a host of reasons most of which have to do with geopolitics and global growth slow down fears, but some is just a reversal of the overseas flows back into the US dollar and treasury market where our “safe” investment of the 10 year treasury has a more attractive yield than any other developed worlds bond markets. This also shows itself in the stronger dollar.

We are looking in 2015 to take a more balanced approach to our fixed income investments with some bond exposure being moved a little more out on the yield curve and later in duration or measure of the average maturity of the bonds and its interest payments. The reason for this is that most of the movement in interest rate sensitivity will likely be in the 5-7 year area where the Fed spent most of the time buying with the QE program and not the longer end of the curve as worldwide demographics will keep the pressure on the global growth picture for some time.

In 2015 we are optimistic that falling energy prices will create a strong economic tailwind not only in the US but also around the world (see sidebar). What is bad for energy exporters is good for energy consumers. This combined with the highest consumer confidence since 2006 could translate to stronger growth figures we have seen since the recovery began in the second half of 2009.

The Standard & Poor's 500 (S&P 500) is an unmanaged group of securities considered to be representative of the stock market in general. You cannot invest directly in an index.

Opinions expressed are subject to change without notice and are not intended as investment advice or to predict future performance.

Past performance does not guarantee future results.

This information was taken from sources deemed to be reliable however neither Egan, Berger & Weiner, LLC nor Voya Financial Advisors' are responsible for the accuracy of this information.  Any opinions/views expressed within do not necessarily reflect those of Egan, Berger & Weiner, Voya Financial Advisors or its representatives.  In addition, they are not intended to provide specific advice or recommendations for any individuals.  Neither Voya Financial Advisors nor its representatives provide tax or legal advice.  You should consult with your financial professional, attorney, accountant or tax advisor regarding your individual situation prior to making any investment decisions.