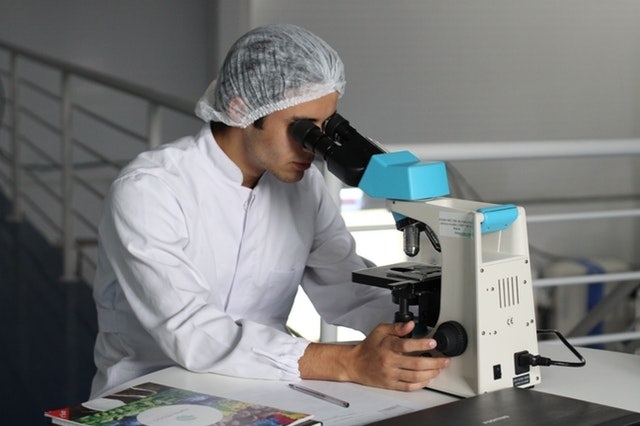 Sometime ago my then 22-year-old daughter came to me and told me she thought she should get the “black box” her car insurance company wanted to plug into her vehicle, so she would get a policy credit of five percent.

Being the insurance guy, I know insurance companies seldom give anything away, so I asked her what happens after the survey is completed. My guess is they will evaluate her as a risk and her premiums will be adjusted to account for the fact she brakes hard because she follows too closely and thinks speed limits are more of a suggestion than law.

I understand the companies are saying this is a survey and they recently concluded their survey in March of this year, but I don’t think this is the end of the story. The insurance company will undoubtedly review this data and compare it to the claim history and ultimately adjust premiums to balance their perceived risk with the premiums being charged.

So what in the world does this have to do with genome mapping you might wonder? The car insurance company will use the survey data as a “predictive” indicator of your risk to them and adjust your premium. Assume you own an insurance company and all of a sudden there is a test predicting who is more at risk for certain diseases than others; do you use data in determining the risk an insured poses to you for life insurance, disability insurance or long-term care?

This is the very thing insurance companies all over the world are wrestling with now as it relates to genome mapping. Think about the 23 and me DNA test now for under $200: it can tell you not only about your ancestry, but about your genetic health risks.

So, if the test tells you that you have the BRCA1 gene mutation which puts you at a higher risk for breast cancer, is this information the insurance company should use in determining your risk to them of having to pay a claim?

Is genome mapping just a natural step in the progression of predictive actuarial underwriting or is this an invasion of privacy? This is what insurance companies are trying to answer, balancing the privacy concerns of the client with their need for information to accurately assess the risk you pose as that client.

I remember back in 1987 when I was a relatively young agent (as opposed to my status of an older millennial, I think being 54 is just a number -- a big number at that), and MetLife had just announced it was going to start requiring blood tests on all applications over $100,000 and the uproar this caused. Many thought it was an invasion of privacy and one needs to look no further than the District of Columbia to see the truth of this claim. Then Mayor Marion Barry was outraged and told the insurance companies they would be doing no blood tests in DC for the purposes of trying to underwrite insurance policies. Well, insurance companies aren’t big fans of being told who they can insure and with what information, so they decided they would no longer write life insurance in DC. So if you were a DC resident, you could not purchase life insurance from a large number of companies and many citizens were understandably upset. Eventually, DC backed off this and blood tests became the norm for insurance underwriting. Will this be the case for the genome mapping?

Insurers aren’t the only ones struggling with this: the states are having an equally difficult time with this issue. A federal law passed in 2008 prohibits health insurance companies from seeking the results of genetic testing, but life, disability and long-term care insurers are not bound by this law. Currently all states allow for insurance companies to consider existing genetic test results in underwriting, but this may not be the case going forward. Florida tried to pass a law in December of 2017 but had to withdraw the bill in March due to strong opposition (My assumption would be this opposition came from the insurance companies). I think the states will ultimately have to weigh in on this and give insurers some clarity on the use of the predictive analysis from genetic tests.

I remember talking in a seminar about 10 years ago discussing my dislike of the full body scans due to the amount of information it generates. The test seldom tells whether you are an incredible physical specimen, but more likely a laundry list of current ailments the insurance company can and will use in determining your risk and premium. I stated my belief was DNA would someday be used in some fashion in underwriting, though I did not know at the time how prophetic those words would be, nor did I realize how quickly this issue would present itself.

In May of 2018 the federal government began a $1.45 billion voluntary project with the goal of evaluating over 1,000,000 people to see how genetics, lifestyle and environment influences who gets sick and who doesn’t as well as how to prevent and treat disease.

How this issue will be resolved will be done by people way smarter than me, but I fully expect in the future we will be signing disclosures stating we understand - as part of our blood test - the insurance company may run a genetic test on the sample (much as we currently do for HIV testing). With all the advances being made in the genetic and medical technology field it stands to reason insurance underwriting will also evolve. Before you become too concerned about privacy concerns and the like, just know insurance companies are acutely aware of the need to get this right. All I can tell you for now is stay tuned because we haven’t heard the end of this topic.