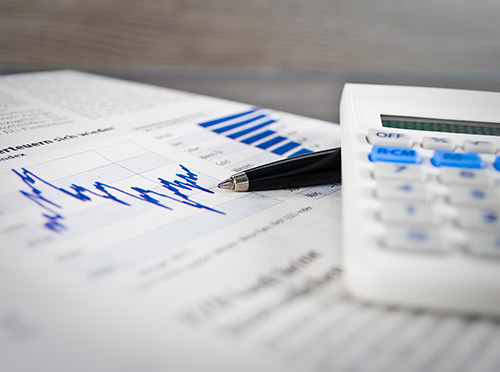 Since Federal Reserve Chairman Ben Bernanke announced the intention to taper the bond-buying program, know as quantitative easing (QE), the bond market has seen record flows out of all bond asset classes.

No sector was spared.

The bond market is getting prepared to lose its biggest buyer—or at least it thinks so—and that really will be data dependent.
What happens when demand for low-interest-rate debt disappears? The price of low interest rates drops. It is a response to lower demand.

That part is relatively simple. What isn’t so simple is what else happens as interest rates rise. Volatility increases. See the chart below. 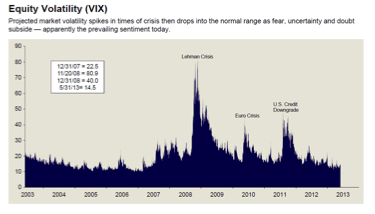 But don’t throw out the baby with the bath water.

Here’s what you need to know:

Higher rates mean the cost of borrowing rises, and that can slow down economic activity if they rise too quickly.

Stocks depend on rising earnings, which result from a growing economy.

Another possible reason for the decline could be that the Fed has spent nearly four years telling investors and the general public that it has to do these QEs. The Fed has said that without QEs, the markets and the economy wouldn’t recover.

If that is the general prevailing wisdom, then surely a withdrawal from such a policy will be bad for the economy, right?

Don’t pay too much attention to the short-term “why’s” — they are not possible to answer, but they make for great TV for the pundits.

Volatility has been low since the Fed intervened with its monetary stimulus support. Though there have been a few spikes in the last few years, brought on by “fiscal cliff” wrangling in Congress and the ongoing euro crisis, we in the United States have had a lower-than-normal volatility since the 2008 credit crisis.

But count on this: As the Fed exits its massive bond-buying program and then later begins to increase short-term rates, market volatility will increase.

Why Are Asset Allocation and Investor Behavior at Odds — Again?