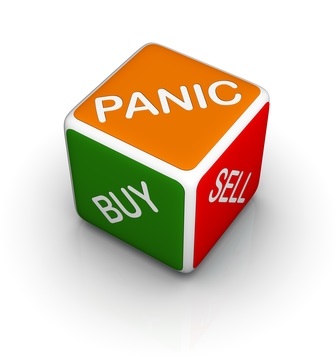 A new study shows the average investor was walloped by market volatility in 2018, making ill-timed withdrawals causing losses of 9.42% on the year.

The 2018 DALBAR Quantitative Analysis of Investor Behavior (QAIB) was just released and the nation’s leading investor behavior study noted those average losses of nearly 10% dwarfed those compared to an S&P index retreating only 4.38%.

The 2018 QAIB report also reveals the average investor underperformed the S&P during times the market was up and down, falling behind the S&P by 100 basis points (when the market was down in October and during the strong month of August, respectively).

Bryan Beatty, a financial advisor and partner at the Northern Virginia-based financial planning firm Egan, Berger & Weiner (EBW), said the market volatility in 2018 and the significant decline in average investor returns is a reminder why “humans are not wired to be investors.”

Last month (April) was Financial Literacy Month, which Beatty stressed offers the perfect time to analyze the data from the QAIB. “When it comes to our money we are more reptilian brained. That's where the idea of fight and flight is stored. It's the survival part of our thinking. This makes the two components of investing difficult. Fear and Greed are the driving investor behavior."

The extreme losses for individual investors in 2018 were predicated on this, Beatty said.

“When markets sell off at times it is an incorrect interpretation of a limited set of facts. Like the 4th quarter sell-off which could be ascribed to a collapse of investor confidence surrounding trade with China, The Mueller investigation Indictments, and the Fed and the President trading jabs on Twitter. Combined with a slightly disappointing earnings report from one company, namely Apple, and you have the recipe for a market sell-off that is overdone without a real analysis of the whole picture. Most investors are driven by headline news and not actual economic and market information. It's the information they don't have or haven't analyzed that causes investors to overreact.”

Beatty said working with financial planners/financial advisors allows an individual to understand risk and manage their expectations when it comes to investing. “Most investors have overconfidence in their risk-taking ability, especially after a long run-up in stock prices. They score higher in risk profile assessments after run-ups in market prices and score lower after sell-offs. The more severe the sell off the less risk one is willing to take. The longer and higher the market, the more risk one is willing to say they would take.”

Beatty stressed individual investors lost big in 2018 because they believe they can "side-step" market corrections and failed to understand the risks inherent with this mindset. He said, “Take for example the selloff in December: The market fell 19.5% from the high in 2018 to the low and all of this occurred in the 4th quarter and 50% of that decline happened in December. The recovery began on December 26th with a 1000 point move in the Dow at nearly 4%. If you missed just that one day your ability to recover is significantly hampered. The stock market  (S&P 500) is up 22.6% since the selloff bottom on Christmas Eve 2018."*

EBW LLC is not a subsidiary of nor controlled by Voya Financial Advisors.