What Is the Future of Long-Term-Care Insurance? 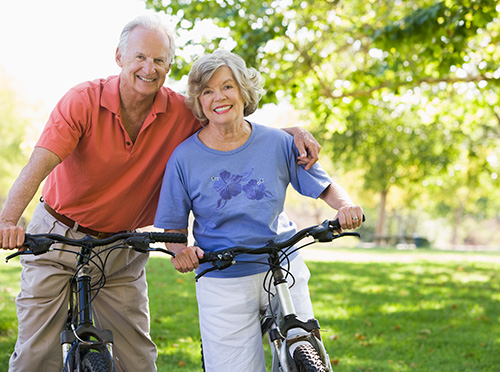 Despite our best efforts at ignoring our increasing age, it is an inevitable reality that outside forces will remind us.

That moment came for me last weekend while playing basketball with my 20-year-old son.

As I went in for a jump shot, I realized that at 48, I may not be at the top of my game. Waking the next morning with sore joints and an aching back confirmed my suspicion.

And if that reminder weren’t enough, my friends at AARP headquarters regularly send me information about long-term-care insurance. Fortunately, that is a topic where my age and experience work in my favor.

If you have read anything about long–term-care insurance, you know that rates are increasing, and more insurance companies are withdrawing from the marketplace.

Here are the questions that you need to be asking:

1. Why did these rate increases occur?

The situation: MetLife increases rates by 42 percent, John Hancock increases rates by 100 percent, and the federal government long-term-care insurance premiums increase by 25 percent. Undoubtedly, if you own a long-term-care insurance policy or have thought about purchasing one, seeing these headlines probably petrifies you, and rightly so. If you have suffered through the premium increases or are getting ready to buy a policy, the one thing that you want to know is, are these huge increases over.

The long-term-care insurance industry thinks that these types of huge rate increases will not be occurring in the future because they are now using a different set of assumptions than they did when they priced the policies originally.

The assessment: What were the erroneous assumptions, and how have they been addressed? As you probably know, interest rates are at historic lows, and the insurance industry had originally planned on higher rates of returns. As a result, the industry is now pricing new policies and increased premiums on older policies to account for the current low-interest-rate environment.

When insurers originally priced these policies, they thought that policyholders would cancel these policies at the same rate that people with life insurance policies cancel their policies (that rate is known as policy persistence). They found out that was not the case. Once people bought a long-term-care policy, they kept it.

So the insurance company did not get its anticipated profit from early cancellations of policies. (Think about it—you pay premiums and then cancel the policy before you receive any payout. You haven’t gained any economic benefit from the policy, but the insurance company, which gets to keep all the premiums you paid, certainly profits.)

Coupled with the increased policy persistence, the industry was experiencing increased claims since the number of policies in force was much larger than anticipated. So once again the new policies have been priced (and old policies repriced) to account for the higher number of claims.

So does this mean that there will be no premium increases going forward? Probably not, but the rate increases should be much more modest than some of those in the past.

2. What does The Affordable Care Act mean to long-term-care plans?

The situation: There are few more polarizing national issues than the discussion about the future of health care. Part of this program was supposed to be the Community Living Assistance Services and Supports Act (CLASS Act). But before it could begin, it was repealed.

The assessment: There was much debate about whether the program was sustainable, and as part of the “fiscal cliff” negotiations, Congress repealed this portion of the health-care act. So my answer to the question of whether the Affordable Care Act will affect long-term-care plans is simply—no.

3. What is the future of the long-term-care insurance industry?

The situation: The future for the long-term-care industry is a little cloudy currently, but getting clearer with each passing day. As most of the carriers have made their decision as to whether or not to stay in the market, that issue is gaining clarity.

The remaining carriers have decided on the appropriate pricing model (based on increased policy persistence and lower interest rates), so the major issue of precipitous premium increases also appears to be resolving.

On top of that, carriers will now begin requiring exams (much like life insurance) so as to better evaluate the potential risk that the applicant may pose. They will also be offering a variety of underwriting classes to their reps to allow them to better quantify the risk and charge the appropriate premium level.

I can tell you that the long-term-care insurance industry has taken the necessary steps to try and minimize the risk of history repeating itself.

Insurers have even been proactive in trying to make certain that they are charging the correct premium to the perceived level of risk that policyholders may represent to them. So that gives me solace—despite my lagging jump shot.

Navigating the Ins and Outs of Long Term Care Insurance