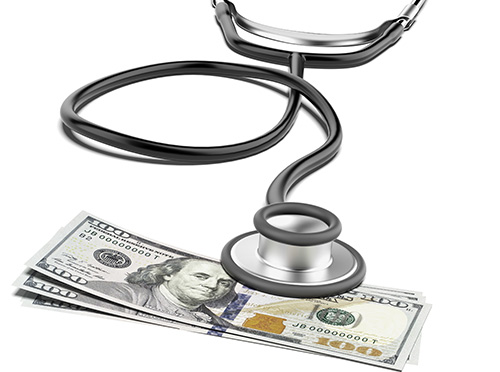 While we were enjoying our summer vacations last year, the trustees of Medicare released their annual report on the Status Of The Social Security And Medicare Programs.

Here’s what they decided:

1. The hospital fund (Part A) is expected to be funded until 2030, which is the same as last year.

2. Be aware that Part B (the doctor bills) premiums are expected to rise — dramatically.

3. Before you have a heart attack, know that 70 percent of the beneficiaries are not expected to experience any increase at all. Why not?

Are you among the 30 percent whose Part B premiums will go up next year? Let’s find out.

The 30 percent is made up of the following groups:

To B or Not to B, That Is the Question

Given that Part B premiums are likely to increase, especially for those in higher-income brackets, the real question is should you have it if you don’t have to.

Many of our clients are federal employees with federal health coverage in retirement. When Medicare Part B was only about $100/month, many of them chose to add it to their government health plan benefits in retirement. This ended up minimizing their out of pocket health care costs.

But now that this expense could potentially be three to five times what it used to be, they should probably re-examine that decision.

We should all be expecting increases in the cost of Medicare over time.

Still, it is important to note that when there is a cost-of-living adjustment with Social Security, the rate increase for the 30 percent should be reduced because everybody will be sharing in the cost.

Is it possible that real Social Security cost-of-living adjustments may be a thing of the past because the increase will be eaten up by increases in the cost of Medicare? Only time will tell.

Medicare Update: Part B Premiums Are Expected to Increase by More Than 50%