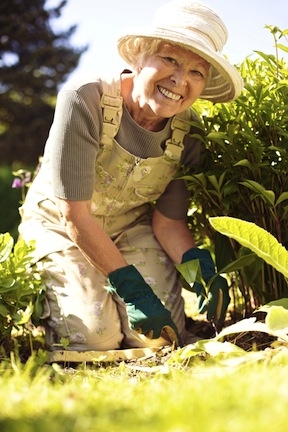 Saving for retirement is challenging—but studies show it’s actually tougher for women, who all too often find themselves living in poverty during retirement.

On average, women who are 65 years and older rely on a median income of around $16,000 a year, and rely almost exclusively on Social Security benefits, according to the recent congressional analysis of 2012 Census data. That’s $11,000 less than men the same age, whose annual income is about $27,612.

Why are women challenged in this way?

1. For starters, women tend to live longer than men.

Since women can expect to outlive the men in their lives, the prospect of having a lengthier retirement and outliving their assets is great. Another important fact to keep in mind is that with a divorce rate of more than 50 percent, many women at some point may assume sole responsibility for their finances.

Because of their longevity, women are also more likely to be single and depend on one income in their older ages. In 2012, only 45 percent of women aged 65 and older were married compared to 75 percent of men. Knowing that the longevity factor does not tip in our favor, we would be wise to be proactive in our retirement planning.

Although women have made progress in the area of earning power, they still have a ways to go before reducing the retirement gap.

“Women have seen a lot of improvements,” says Kelly Livers, regional branch executive and national chairperson for the Women’s Interactive Network at Charles Schwab. “Their earning power is increasing; they’re receiving more bachelor’s, master’s, and doctorate degrees than men. And, their overall employment rate is at an all-time high. In 2010, women became accountable for 50 percent of private wealth in the United States.”

That’s clearly good news for the future. But Livers adds: “Despite all of this improvement, the average woman still earns a lower salary than her male counterparts. This significant difference in earning has a major impact on how much women are able to save, leaving them with a smaller nest egg for retirement than men.”

According to Cindy Hounsell, JD, executive director of the Women’s Institute for a Secure Retirement (WISER), part of the problem is that in addition to women’s lower earnings, 67 percent of women spend a portion of their adult lives as unpaid caregivers.

“On average, women spend 12 years less than men do over their lifetimes out of the workforce caregiving for a family member,” Hounsell explains. “Fewer years translates to fewer years saving or participating in an employment-based retirement program.”

3. Social Security benefits are determined by your average indexed monthly earnings (AIME) during your 35 highest-earning years after age 21.

Let’s consider how Social Security benefits are calculated. Regardless of your gender, if you worked fewer than 35 years, your income for the missing years is counted as 0, which can bring your average down significantly.

This formula can place women at a disadvantage if they choose to take time out of the workforce to raise their children. In 2012, the average annual retirement benefit for women was more than 20 percent lower than for men ($13,233 vs. $17,005).

To mitigate some of these retirement obstacles, it is important for women to better understand the impact that savings and Social Security benefits have on their retirement income.

4. Retirement saving participation is not a focus for women.

Fewer women are gaining access to DB plans and more are gaining access to DC plans. And, women who have DB plans generally have less pension income than their male counterparts due to their lower income. They receive an average of just $10,995 from their own or their spouse’s DB plan, while men receive an average of $18,184. Women with DB plans tend to fare better than those without and are more likely to live above the poverty line in retirement when they have income from DB plans.

One positive aspect of the DC plans is their flexibility and portability.

Because of women’s lower income, discretionary income many not be available during women’s working years for the extra saving required for retirement savings. Compounding the lack of discretionary income, women are in general more risk-averse and less financially literate than men, and are thus less able to accrue enough assets for their retirement years.

5. Women are more likely to live in a nursing home at the end of their lives.

More than 70 percent of nursing home residents are women whose average age at admission has been 80 years of age. The cost of a private room in a nursing home averaged 75,000 per year, with a shared room being almost $67,000 per year, though those figures vary from state to state. Still, health-care costs are among the biggest expenses for retirees.

Planning ahead is the key for women, insists Kathleen Murphy, president of Personal Investing at Fidelity. While a lot of progress has been made in terms of closing the gender gap for women, “It is critical for women to empower themselves by becoming equal partners in managing the family finances and in long-term financial planning conversations.”

Women + Social Security: What You Need To Do To Prepare For Retireme