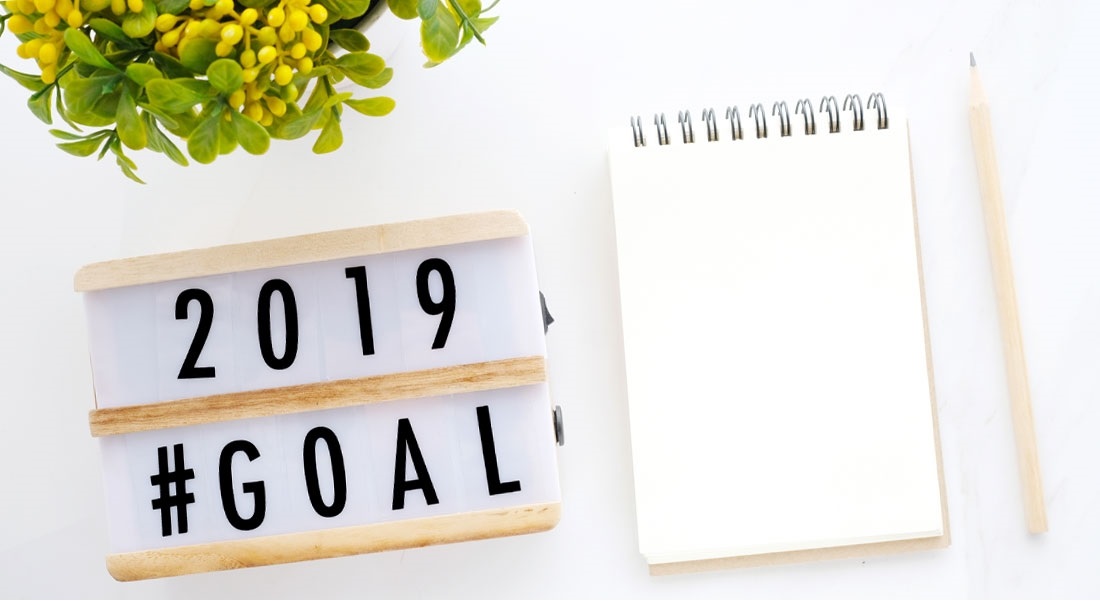 In our new normal, the Trump Administration has remained unpredictable in its approach on many issues, be they foreign or domestic. This has caused a persistent rise in the level of Global Economic Policy Uncertainty and may be curtailing capital spending and investment as business leaders aren’t certain how to plan in this environment.

Now, Uncertainty isn’t always bad but does increase the likelihood of surprises in markets on a daily and/or weekly basis. 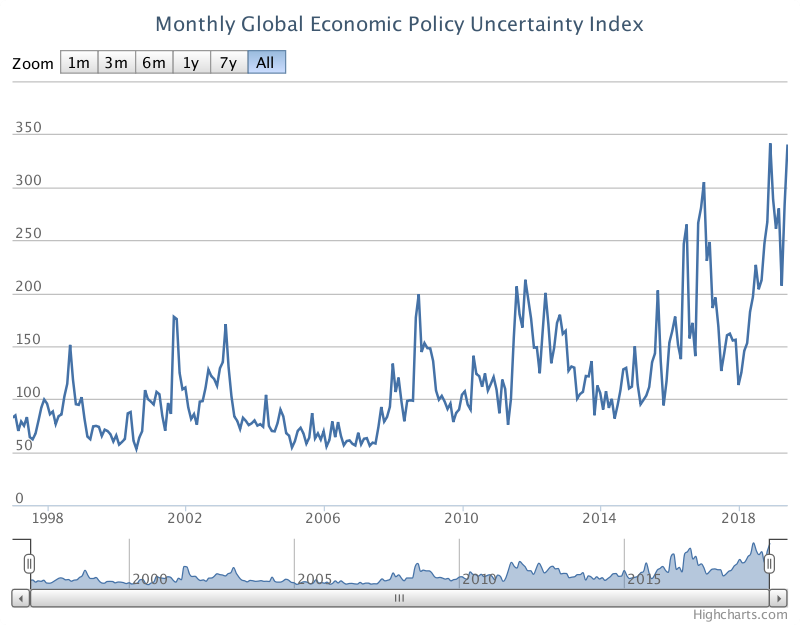 10-year US Treasury rates have retreated a little more than one percent from their 2018 highs as concerns about global growth and investor expectations for lower inflation have taken hold. This works to the benefit of corporations and consumers as borrowing costs remain low. 30-year mortgage rates are hovering near the lows last seen in 2012-13. 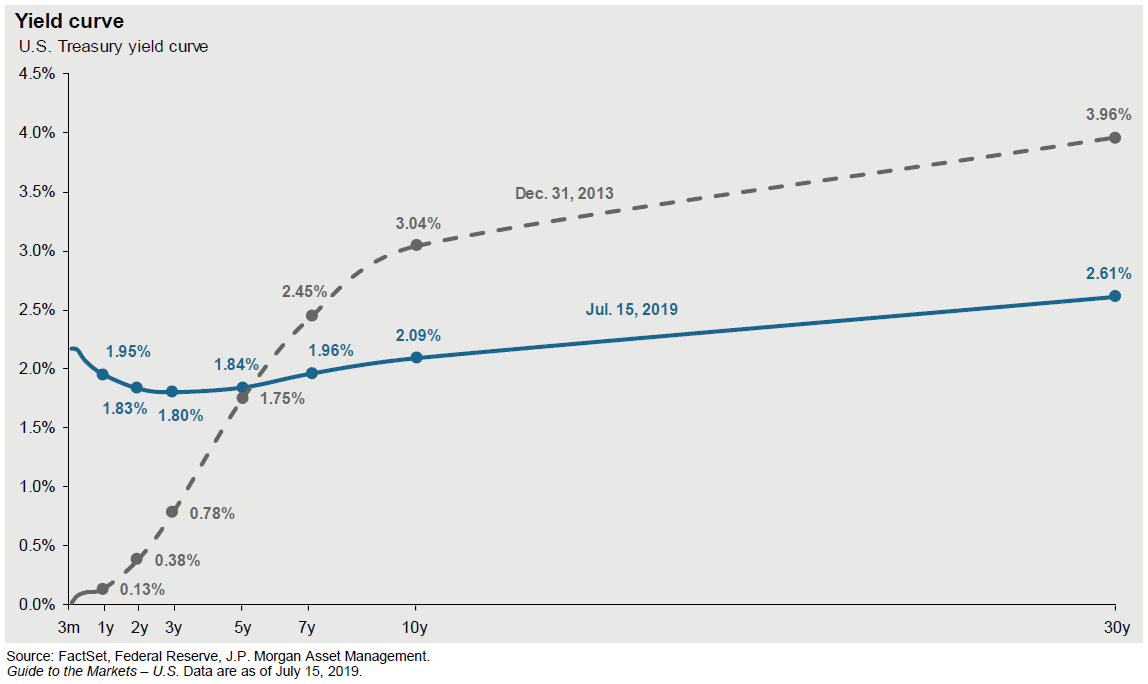 A slowing Chinese economy has put pressure on the emerging economies of the world. This may create the pressure the Trump Administration believes will bring about a resolution to the trade situation. This dispute may be as much about national security and intellectual property right protection as it is about creating a more fair and equitable trading relationship with China going forward.

The longer the trade war with China goes on, the greater the negative impact on global economic activity. Despite this, we still believe the U.S. will show positive economic growth for the year. How much growth is yet to be seen but we think it’s safe to say it will be lower than last year. . Once again, the Trump Administration has been unpredictable, but it may very well be this unpredictability that causes China to blink. We will continue to assess the situation and its impact on the economy. 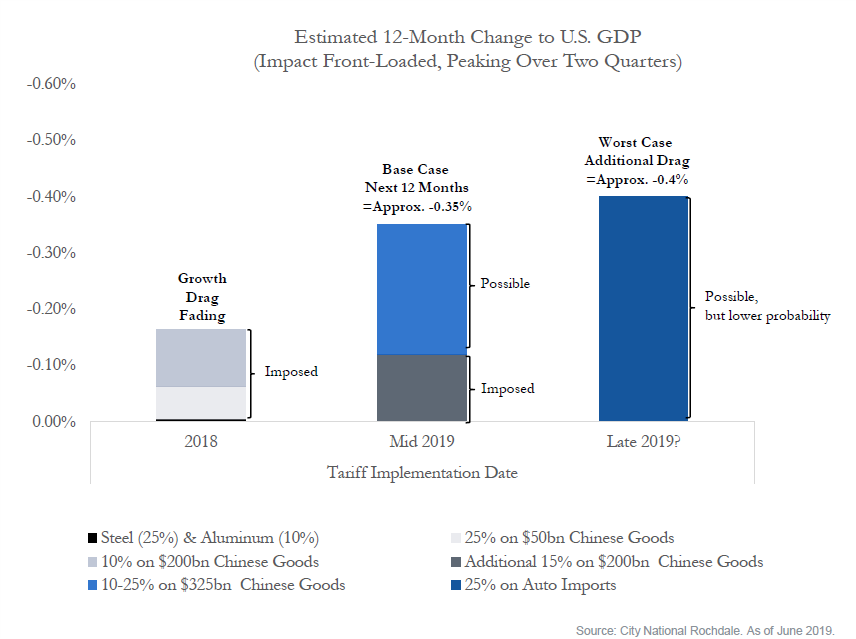 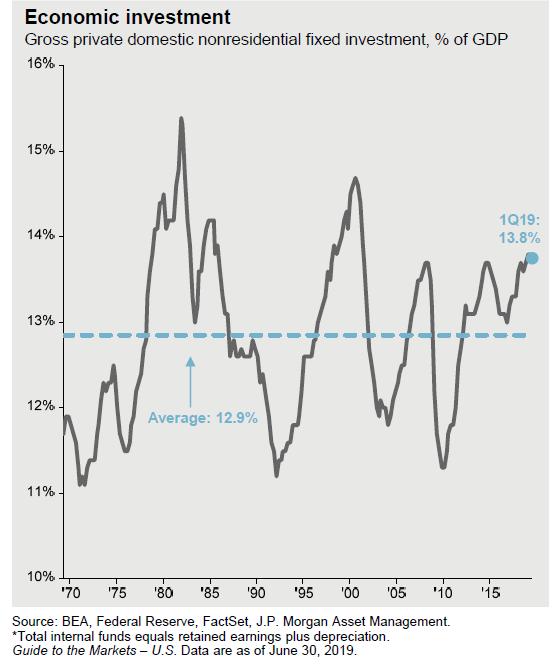 Despite our expectations for increased market volatility, we see markets most likely positive for the balance of 2019. Interest rates should remain range-bound due to demand for US Government debt from the rest of the world. Geopolitical risk and policy uncertainty remains the largest risks that could upset an otherwise great year.