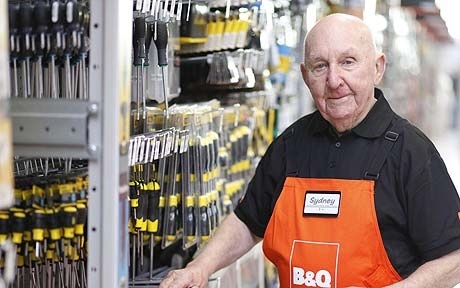 Bryan Beatty Featured in MarketWatch article, "Even people with pensions work into their retirement years"

September 14, 2018, MarketWatch - Having guaranteed income for retirement in the form of a pension is a dream for many workers, but workers may still change jobs or prolong their working years before they retire.

Transitioning into retirement — the actual act of moving away from the workforce — isn’t all that different among public and private sector workers. Even though public workers get guaranteed income in the form of a pension during retirement, they still tend to take another job or reduce their hours to part-time before fully embracing retirement. Private workers, on the other hand, similarly work into their retirement years, though they may not have the option if they haven’t saved enough for their retirement.

Public workers jump into a “bridge” job after their careers, which is a temporary job before entering retirement, a new study by Boston College researchers found. They’re more likely to work part-time, unlike those in the private sector who continue to work full-time. Women were also more likely to phase out of their careers, by working 20% hours, when they were in the public sector compared with women in the private sector.

Private companies are moving away from pension plans. Only 16% of Fortune 500 companies offered a defined-benefit plan (otherwise known as a pension plan) in 2017, down from 59% of the same employers in 1998, according to London-based insurance company Willis Towers Watson. Instead, some — not even close to all — private companies offer employees defined-contribution plans that require employees voluntarily save for themselves (but might include an employer match). Only a third of Americans are saving in such a plan, according to U.S. Census Bureau researchers, and that’s only if their employers offer such a plan. Only 14% of private companies provide a 401(k), and they’re usually larger companies.

Chicago is a prime example. The city’s public pension system is on shaky ground. The Chicago Public Schools teacher pension fund, for example, has an unfunded liability of $11 billion as of April, according to the Chicago Tribune, and the city is turning to taxpayers to fill some of the . “We tell clients you may not get what you’re promised,” said Bryan Beatty, a financial adviser partner at Egan Berger & Weiner in Vienna, Va. Virginia changed its public pension system in 2014 to require employees to make contributions in order to get their pensions (and close the deficit), he said. “I think you’ll see more of that,” Beatty said.