Financial Implications of a Trump Presidency 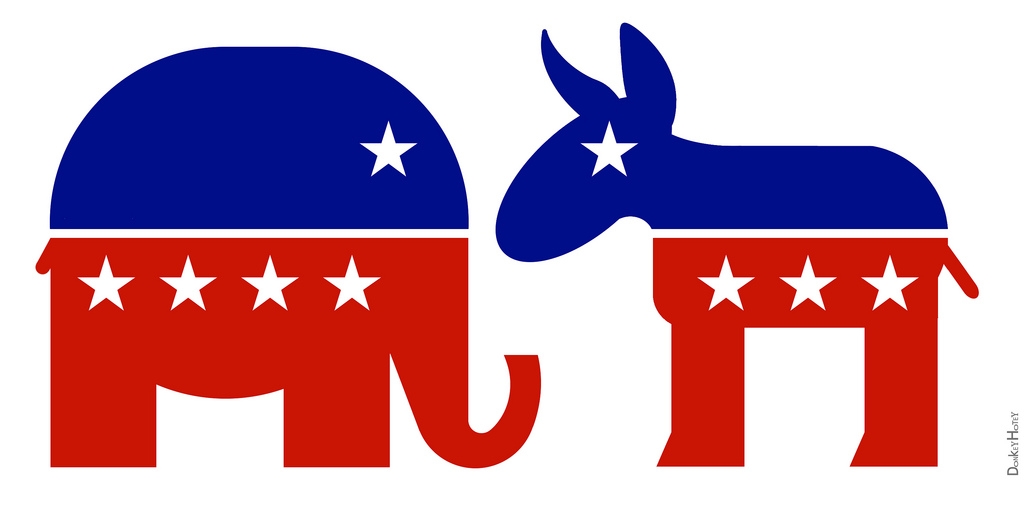 This is not what I expected to be writing about for this blog post. I had an entire piece written about the effects of declining cognition on financial decision-making, an important topic I hope to share more about in a future. But for today, it’s just not where many of our heads and hearts are focused. The last weeks have been a rollercoaster of emotions and –judging from the emails I have received and the conversations I’ve had with clients, friends and family – many of us have been on the same ride. Some people are gripped by fear, angst and uncertainty and feel like strangers in their own country. Others are happy and optimistic about a new party in control and see potential for a new day in Washington. I’d like to address here the financial implications of a Trump presidency.

As a financial professional, it is important that I put aside my own political views, biases, and emotions and focus on the facts. As we often advise and caution our clients - emotions do often cloud our decisions, and a steady hand is what is needed most during times of uncertainty. Please do not interpret this narrow focus to mean that other issues associated with the election are not important to me – they are. But my experience is finance, so I will leave it to others to opine on those issues for which I am not as well versed.

A primary challenge in assessing Trump's policies is that he was quite thin on details during the campaign, and much will depend on the team he assembles to advise him. His conduct throughout the campaign has highlighted his mercurial and often unpredictable nature, making any predictions difficult. What we do know is that his comments have consistently centered on such initiatives as reducing taxes at the corporate level, reducing and weakening regulations, stricter enforcement of immigration policy, renegotiating trade deals and spending money to improve the country's infrastructure.

At a high level, reducing corporate taxes should be a good thing for US businesses. It is also worth noting that the idea has received bipartisan support in the recent past. The two sides of the political aisle differ on how they would accomplish this goal, but there is rare agreement that it is a worthy pursuit. Much like anything, though, the devil is in the details. So while tax reform could help U.S. businesses, Trump's more isolationist views could hurt them. Imposing tariffs on imported goods would certainly be the start of a trade war. Other countries would undoubtedly do the same, driving up the costs of imported items here and reducing US exports to other nations. Easing of regulations would also help businesses, potentially increasing profits and spurring new business creation. I would expect these policies to help smaller and mid-sized U.S. businesses, but if implemented, the trade policies would likely hurt large multinational corporations.

Beyond the broader social implications, Trump's strict immigration views could also hurt U.S. businesses. Many technology firms rely on a steady influx of bright and talented people from other countries, and without these employees, tech firms may have trouble finding qualified candidates. Outside the tech field, with fewer immigrant workers it's likely that labor costs will increase, potentially resulting in higher prices. High labor costs, combined with potential import tariffs could lead to higher inflation in the future.

Infrastructure spending will undoubtedly be a significant short-term boon for U.S. business, and it is clear that our country needs this investment. But once again, the details matter. Deficit spending combined with lower tax rates could drive up U.S. deficits, which could in turn drive up interest rates. According to an analysis by the nonpartisan Committee for a Responsible U.S. Budget, Trump's economic plans could add $5.2 Trillion to the U.S. deficit over the next ten years. The Trump campaign disputes this analysis, asserting that it fails to account for increased revenues due to economic gains and increased activity.

Trump's adversarial relationship with the Federal Reserve Bank and Janet Yellen could also play a part in influencing our economy. Mr. Trump has been very critical of the "lower for longer" policy pursued by the Fed. If these new policies stoke inflation concerns, the Fed may have to act more aggressively in raising rates. This would, in effect, put the brakes on our economy and slow things down. While likely not a near-term concern, it is something that merits monitoring. The bigger question is whether the Fed raises rates next month as expected; given the stock market's surprising reaction to Trump's victory, my thought is that we're on for another quarter point hike.

In the final analysis, Trump's ability to implement the policies he outlined on the campaign trail will depend greatly on his relationship with Congress. Despite Republican control of both houses, Trump's relationship with lawmakers of his own party has been strained. Traditional budget-conscious Republicans concerned with ballooning debts may force a compromise on these grandiose ideas.

Should President Trump moderate some of the expressed views of candidate Trump, especially in regard to foreign trade and immigration policies, I believe these policies could spur increased economic activity in the short-term. With U.S. economic growth currently running around 2.1% as compared to our long-term average of closer to 3%, the economy could use a shot of adrenaline. It is clear that we have exceeded the limits of monetary policy and that low interest rates are no longer stimulative. New policies are necessary. Longer-term implications will depend a lot on deficits, interest rates and international relations, and we'll need to monitor events and policies for their potential impact.

In light of all these variables, we continue to favor a broadly diversified mix of assets. Uncertainties remain and the risks are many, so we continue to expect higher than normal volatility. For our more risk-tolerant clients, we continue to favor a bias towards risk assets such as stocks and lower quality bonds. To temper this, we favor short-term, higher quality bonds. For our more risk-averse clients, we will continue to be neutral in our weighting of risky versus conservative assets. We will also need to monitor interest rates and market volatility to assess the impact on the longer-term, high quality bonds we hold as a ballast in your portfolios.

On a personal note, the last few years and this election cycle in particular have exposed deep divisions in our country. The tone and tenor of this election was awful and I do not think it is an accurate reflection of who we are as Americans. We're better than this. When you have to shield your eight year-old child from news coverage of the most important of civic responsibilities, something has gone wrong. As Americans we should embrace diversity. Not just a diversity of race, religion and ethnicity, but also of ideology and thought. We shouldn't belittle or vilify another for thinking differently than we do. We don't always have to agree with others, but we should respect them. Our country is best when we incorporate ideas from many different people. So while you may or may not be celebrating the outcome of the election, we should be thankful for the peaceful transition of power. A quick scan of the globe shows how many countries today don't enjoy this freedom. And for that freedom, I want to express my heartfelt thanks to our service members and veterans.

The views stated in this piece are not necessarily the opinion of the Broker/Dealer and should not be construed directly or indirectly as an offer to buy or sell any securities mentioned herein. Due to volatility within the markets mentioned, opinions are subject to change with notice. Information is based on sources believed to be reliable; however, their accuracy or completeness cannot be guaranteed. Past performance does not guarantee future results.