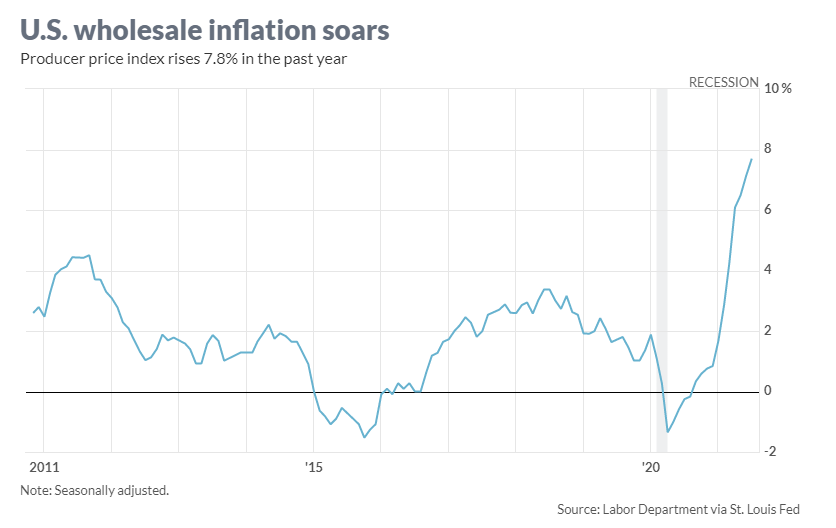 A recent Fox News Poll from June 23rd showed that 83% of respondents were worried about inflation. It was a bipartisan concern, as both Republican and Democrat's expressed overwhelming worry about inflation, registering in at 88% for Republicans and 80% for Democrats. It was the Number One for all respondents.

Why does that matter?

Because when people become convinced that prices are going up, they start to buy earlier and in larger quantities to ward off further inflation that they fear will follow. This bakes in additional inflation.

Some items are indeed showing transitory or temporary higher prices, i.e. used cars. They have been very elevated in recent readings, but have started to come down. However, other parts of the consumer price index have not. For example, housing, which has been accelerating in recent months.

I would argue that rents and housing cost are not transitory. They also make up a larger portion of Consumer Price Index (CPI).

July’s inflation reading year over year was 5.4% and ex energy and food the core inflation was up 4.3%. That is the highest level in 8 years.

The Fed has said that they believe this will fade away as supply chain disruption and wage pressures ease as more American return to work. That remains to be seen. In the meantime, the Fed has continued buying bonds in the open market, increasing monetary supply and has no plans now to scale that back. Rates are still relatively close to all time lows on much of the yield curve, however if the reading continue to come in hot over the next few months, the bond market may look past the Fed’s assurances and start to move yields up in a more significant way. 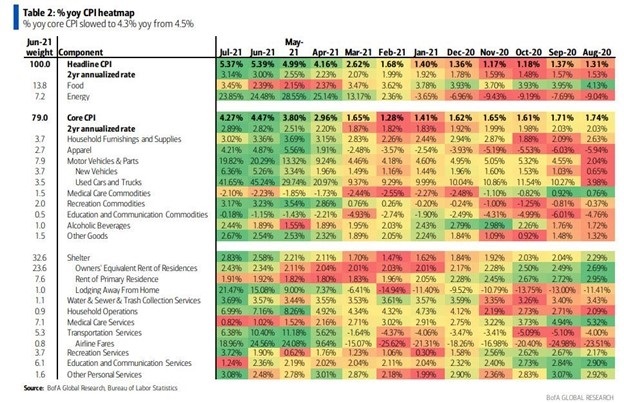 The Biden Administration is about to get at least the first part of their “infrastructure” package at $1.2 trillion. They are beginning debate on an additional $3.5 trillion “human infrastructure” bill. Without regard to whether we believe in the need for such additional spending by the Federal Government at this moment, it will most assuredly put additional pressure on inflation.