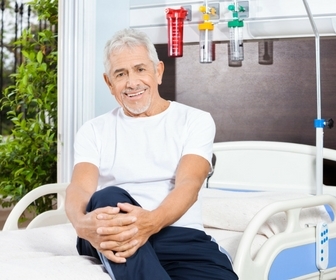 Many people of my age or older, will instantly associate that famous line of Who’s On First with the comedy routine of Abbott and Costello. Abbott intentionally confuses and ultimately, infuriates  poor Costello throughout the entire routine. Costello asks questions of Abbott who answers the questions in such a manner that Costello gets increasingly confused until finally, in exasperation Costello states “I don’t give a damn,” and Abbott replies “Oh he’s our shortstop.”  I must admit that I feel much like Lou Costello right about now when I look at the changing landscape of the long-term care insurance industry. Just when I thought I had a pretty good grasp on the players in this industry, it changes and I start all over again. The last month has brought about many announcements, but the two biggest ones by far are the ones made by Genworth and John Hancock, the largest long-term care insurers (in terms of market share). Genworth recently announced that they have begun the process to be acquired by Chinese conglomerate, China Oceanwide. During that time John Hancock made two different announcements, the first was that they were raising premiums on the Federal Long Term Care Insurance Program (which they underwrite) by a whopping 100% for most participants and then they dropped the bombshell in mid-November that they were going to suspend sales of new individual long-term care insurance policies.

The impact of the sale of Genworth to China Oceanwide is yet to be determined, but does cause me some concern both in the short and long term. Short term I am very much concerned that once the acquisition had been completed that there will be a premium increase for the existing policyholders in an attempt to shore up its reserves for long-term care claims. Now this is not a unilateral decision that Genworth can make - any rate increase must be approved by the state insurance division and Genworth (and any other company) must be actuarially able to certify that based on current known assumptions that no further rate increase will be needed. I have concerns that in the long run, the industry leader for long-term care may ultimately pull out of the individual long-term care insurance arena. This will leave a very large void as the list of companies now actively writing traditional long-term care insurance is dwindling to a very small group, as the aging population of America is going to start requiring long-term services at an increasing rate.

John Hancock’s recent premium rate increase for the federal employees group long-term care came as no surprise to me as the writing was on the wall when they raised rates for their existing individual long-term care policyholders in 2014. Much more disconcerting to me is that they were the only company to bid on the federal program. While that contract is locked up for the next seven years, what happens in 2023 if no companies are willing to bid on the contract because the vast majority of them have left the industry? The suspension of sales I find to be very troubling as this may be the beginning of the end of the traditional individual long-term care insurance policies as most companies are now focusing on the hybrid design policies.

The hybrid design is a policy where you normally have a life insurance policy with a long-term care insurance rider that will pay some sum of money for either long-term care expenses and if you don’t have any long-term care expenses or have not exhausted the benefit, then your heirs can get the residual as a death benefit of the policy at your death. I have been very slow to warm up to the hybrid policy design because I thought (and still do) that this design will not provide the same level of coverage as a traditional stand-alone policy will. That being said, I would be very foolish not to recognize that we may be on the dawn of a new day with respect to long-term care insurance and that the hybrid policy may be the policy design of the future as both consumers and insurers are both enthusiastic about the policy. Consumers like the policy because the premiums are fixed, there are a variety of circumstances in which the policy may pay benefits, the fear of not using the coverage and the premiums paid being wasted is now eliminated by this hybrid design. Insurers like this design because they can easily quantify their maximum exposure under this hybrid policy and depending on the policy design it can be paid over a variety of different lengths ranging from one single payment to a lifetime payment.

So the big question, what does this mean for you? This answer is a little clearer. If you have existing coverage the best course of action will probably be to continue the policy as currently structured and if, and when, any premium increases were to occur then evaluate your options at that time. If you don’t have existing long-term care insurance you should explore all of your options and see which one works best for your particular situation. That means compare the traditional individual long-term care policy versus the more recent entrant of the hybrid life/long-term care insurance. Unlike poor Costello, I am clear on one thing - that long-term care is something that you must plan for, but as always, the devil is in the details.

Life Insurance for Gen X: How Much Coverage Do You Need?

Navigating the Ins and Outs of Long Term Care Insurance