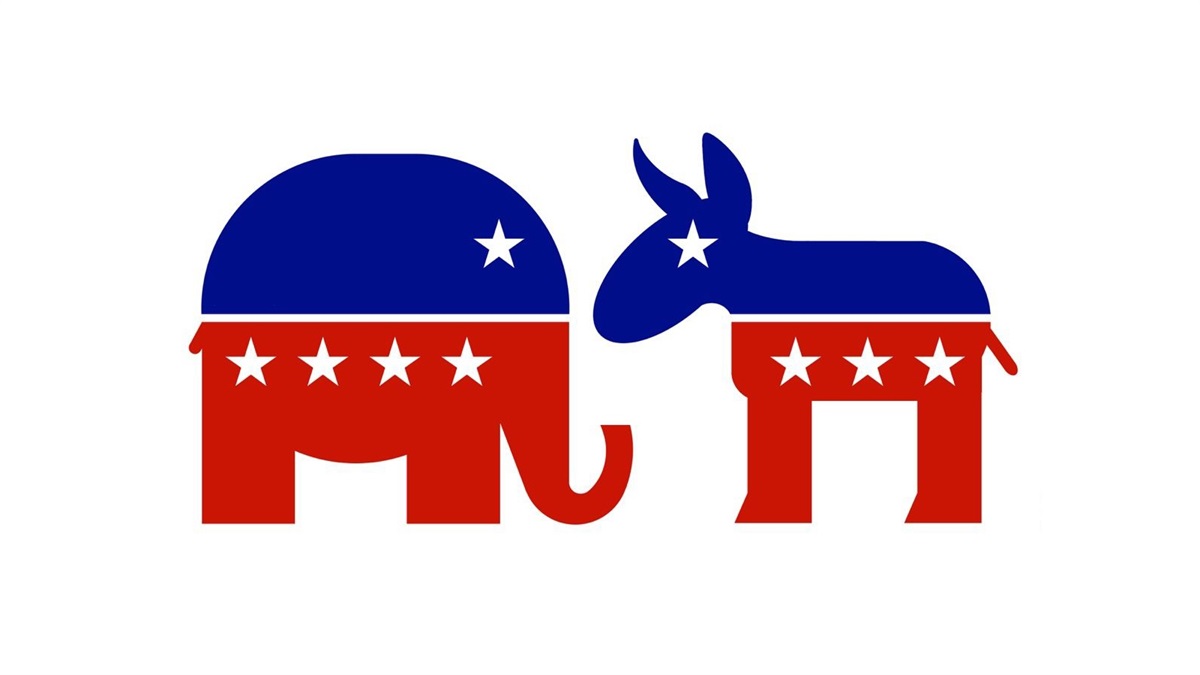 Markets Don’t Care Whether You Like Who Is President

Markets Don’t Care Whether You Like Who Is President

As summer winds down and we head into fall, one would be forgiven for being a bit apprehensive. I mean, what else does 2020 have in store for us? Oh yeah, an election. And not just any election – is it possible this will be the mother of all nasty elections? The ‘Thrilla in Manila’ of elections? Probably not, considering partisan battles have been a staple of politics since the dawn of governments. I mean Vice President Aaron Burr did shoot Alexander Hamilton, after all. So, while this will be an ugly election full of non-stop attack ads, Tweets and social media posts filled with vitriol, it probably won’t result in a duel. 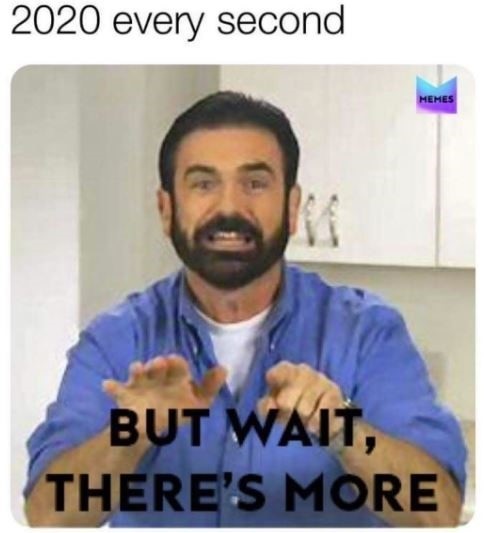 Recently I’ve been getting quite a few questions about what a Biden victory could mean for the markets. While most recognize Biden as a member of the moderate wing of the Democratic party, concern remains about whether he’ll be influenced by a passionate and vocal faction of the party which embraces more extreme policies. Certainly, nothing is set in stone, but if elected, it’s likely Biden’s first priority would be setting the country on a path to recovery from the COVID-19 pandemic. Given the economic weakness we are experiencing, policies that promote business and job growth are likely to take precedence over ideology. Let’s consider four key policy areas which will affect the economy:

Biden has said he would increase the corporate tax rate to 28% from its current 21%. The Tax Cuts and Jobs Act of 2017 (TCJA) reduced U.S. corporate tax rates from 35% to 21%. At the time the Act was being debated, some economists felt the corporate rate should be 28%, a rate many moderate Democrats supported. So, while this is an increase, it still represents a net decline from 2017 levels and isn’t likely to curtail economic growth. On the individual front, Biden has said he would repeal the tax cut for the wealthiest Americans, returning to the top bracket of 39.6% from the current 37%. It’s important to note that, under current law, these rates were set to expire at the end of 2025. Additionally, Biden has expressed support for removing the preferential tax treatment of capital gains for taxpayers earning more than $1,000,000 annually. This would almost double the current capital gains rate from 23.8% to 43.4% (including the 3.8% Medicare surtax). This policy could hurt business formation and growth by removing a key incentive to investing. Also, worth mentioning is that this policy may not raise as much revenue as expected, because investors have control over when they sell an asset and realize the taxable gain. Perhaps more importantly, another of Biden’s proposals would eliminate what’s known as the step-up in basis at death. A cost-basis is the amount of the original owner’s investment in an asset. If the asset is sold for an amount greater than this cost-basis, capital gains taxes are owed. Under current law, inherited capital assets (stocks, bonds, real estate, businesses) receive a step-up in the basis to the current market value as of the date of death. If the heir then sells that asset, there will be little to no taxes due on the proceeds. There are still many questions about this proposal: will the tax be due at death, or will the heirs inherit the original owner’s tax basis along with the property, so there will be a tax when sold? How will this interact with the estate tax exclusion?

While Biden certainly envisions a greener future for America, he has not fully embraced the Green New Deal. If elected, he will likely seek to implement elements of the Deal, while avoiding its most extreme and economically concerning aspects. It is likely oil and gas industries may experience new headwinds in a Biden presidency, while changes to health care and defense policy may create challenges for companies in those industries.

In 2016, as the Obama administration was winding down, the United States marked an inauspicious milestone: The Federal Register, the daily compendium of all things regulatory, topped off at a record 97,110 pages. This exceeded the prior record, from 2010, by 15,705 pages. While the Federal Register isn’t a perfect measure, it does act as a barometer of the regulatory environment. As President Trump took office, he issued an Executive Order to remove two existing regulations for every new one. These deregulatory efforts reduced the page count of the Federal Register to 72,564 at the end of 2019[1]. Again, while the Federal Register is not an accurate measure of total regulations, the general feeling among small business owners was the regulatory environment under President Obama had become overly burdensome. After the election, in December of 2016, the National Federation of Independent Business (NFIB) reported their widely viewed index of small business optimism hit 105.4, the highest reading since 2004. According to NFIB, 73% of the gain was attributable to more positive views about business conditions. So, while one could argue the regulatory pendulum had swing too far under President Obama, an argument could also be made that it has swung too far in the opposite direction under President Trump, particularly as it relates to the environment. Biden will need to resist the more extreme voices in his party to strike a balance that protects the environment and our citizens without overly penalizing business.

On the positive side for the economy, changes to international trade relations, the removal of President Trump’s tariffs, and a more traditional approach to foreign relations could usher in a new era of international trade and cooperation, possibly reducing stock market volatility. Biden’s past support of free-trade agreements could signal a boost to global economic activity, reversing a pronounced decline in global exports which began in 2018 with the escalation of the trade war with China and the upending of existing trade relationships with our top partners. Additionally, a more consistent approach to governing may provide businesses with the confidence they need to undertake long-term capital projects such as purchasing new equipment or building new facilities.

So, what does history tell us about presidential administrations and the markets? In reviewing data going back to 1926, the S&P 500 has enjoyed the strongest gains when a Democrat was in the White House and Congress was divided. The second highest returns have been with a Democratic president and Republican Congress.[2] Another fascinating data point shows that the best returns in the market came during the administration of an unpopular president. Going back to 1961, the S&P 500 gained, on average, 15.3% annually when the presidential approval rating was between 35% and 50%. By contrast, the markets gained only 5.4% annually when the president enjoyed an approval rating greater than 65%.[3]

As dynamic as the U.S. economy is, signature legislation often brings unexpected results. In 2010 President Obama signed the Affordable Care Act, requiring employers of more than 50 full-time employees to provide health coverage, many thought job creation would be destroyed. This narrative likely led to the Republican sweep in the coming mid-term election. However quite the opposite happened. Between March 2010 and December 2019, mid-sized businesses (those with between 50 and 499 employees) added 8.6M new jobs. During the period of 2008 through 2016, healthcare stocks gained an annualized rate of 15.31% annually, falling just shy of the S&P 500’s 15.99% return. [4]

When it comes to the economy, it’s likely that the Federal Reserve (the Fed) and monetary policy have much greater influence than the occupant of the White House. Low interest rates and the constant supply of money have historically translated to positive markets. Both Presidents Reagan and Clinton benefited from falling interest rates, while Presidents George H.W. Bush and George W. Bush both were hurt by a tightening of Fed policy.

As our country has become more polarized and people more deeply entrenched in their personal views, one’s political perspectives increasingly impact their economic point of view. This is very interesting, because many economic measurements are objective in nature and should be immune to bias and politics. Perhaps this shows how little most Americans understand the economy. As many people are blinded by partisan views, their bias transfers to much of their decision-making. Unfortunately, this includes their investment decisions, which can result in mistakes and missing out on strong market gains. So long as the United States remains an engine for innovation, welcomes and allows entrepreneurs from around the world to enjoy the benefits of their creativity, ideas, risks and efforts, America’s economy will remain strong. The overwhelming evidence tells us that markets don’t care who’s in the White House or whether or not you like that person. Staying the course and remaining broadly diversified in your investments is now – and has always been – the best decision during politically uncertain times.

EBW is not a broker/dealer nor a registered investment adviser. The content in this article was prepared by the article’s author and is not intended to provide specific advice or recommendations for any individual. Voya Financial Advisors, Inc. does not endorse its content, and the views expressed may not necessarily reflect those held by Voya Financial Advisors, Inc.