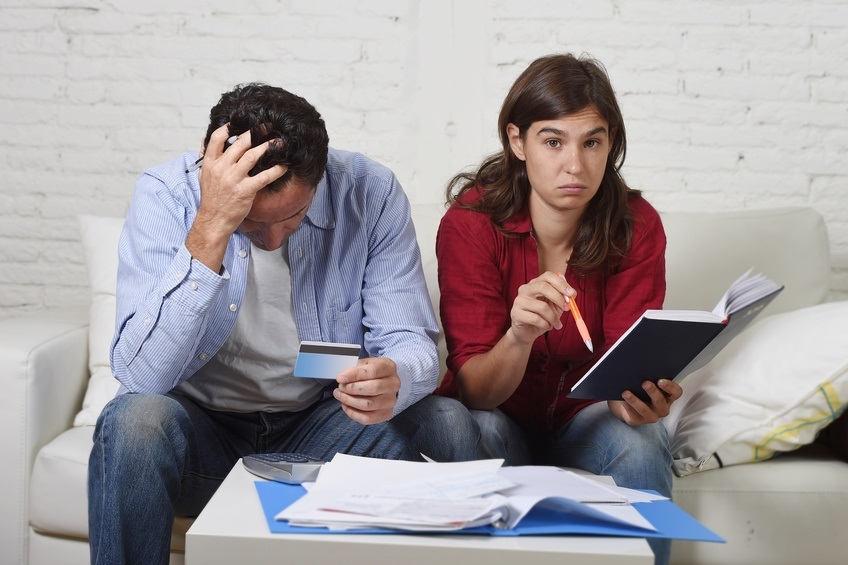 I recently came across a Washington Post story which followed the lives of several former McDonnell Douglas employees who did not receive the pensions they were promised. After working at the company for an average of 20 years, these folks were laid-off when the plant closed in 1994 leaving them without the generous pension benefits they were promised. Lawsuits would later reveal that the company had improperly considered the large expenses of the pension promises at this particular location when deciding to shutter it. Now, in their late 70’s and early 80’s these former employees are still working to make ends meet.

I thought a lot about this article, both the unfairness of the situation and the hardships facing the people it profiled. I even lost some sleep over it, wrestling with the callousness of the company’s decision and the reality that sometimes life just isn’t fair. But I also realized, while the situation detailed in the WaPo article stands out for its egregiousness and inherent injustice, other retirees and future retirees could face a similar fate of their own making, ending up broke and having to work well into your 70s and 80s. In fact, I think we’ll see a lot more of this in the coming years. The looming retirement crisis in America is well documented. Americans aren’t saving enough, and retirees cannot live on Social Security alone.

So how do you avoid finding yourself in the same unenviable position as the folks profiled in this article?

The simplest answer is to save money.

Yeah, I know – simplistic answers don’t solve life’s complex challenges. A recent MarketWatch article advised that workers should have two times their salary saved in retirement accounts by the time they’re 35. The Twitterverse exploded with 2400 indignant replies roasting the piece, saying that it was a completely unrealistic benchmark given such realities as student debt and the high cost of rent, combined with low starting salaries. In fact, the 30 somethings were so insulted by this advice that they started a “By 35” meme which has since gone viral showcasing other funny, but unrealistic accomplishments one should achieve by 35.

I get it, life is tough. Today’s generation isn’t the first to face financial hardships and economic uncertainties. Rather than playing the blame game and pointing fingers, let’s get constructive. First, saving is a habit. The earlier one develops that habit, the easier and less of a chore saving becomes and the harder the habit is to break. Teenagers should start saving something, anything, as soon as they begin working. Putting away a few hundred dollars from summer jobs into a Roth IRA is a great way to introduce the importance of saving. If you have working children, consider matching their Roth contributions with some of your own money as an incentive.

My next piece of advice is a tough one often met with resistance, but for the sake of your future, pick a college you can afford. Everyone wants to go to expensive private schools, I get it. Let’s be candid: most people want to live in a big fancy house and drive a Ferrari, too. But reality dictates most of us can’t afford that lifestyle, and lenders won’t lend us unlimited amounts of money. Unless, of course, it’s for college… My best advice is not to end up with more student debt than the first year’s salary in your chosen profession. If you’re greatly exceeding this, perhaps you should consider a less expensive school.

Once you’ve graduated and entered the workforce, start saving immediately. Start small and have the money directly deposited into your workplace retirement plan before you even see it. You will mentally adjust to living on your take-home pay. If you don’t have a workplace retirement plan, open a Roth IRA on your own and have your contributions automatically deposited. Strive to increase your contributions by 1% per year and when you get salary increases; rather than increasing your spending, try to save even more.

After 20 years as a financial planner, I am absolutely certain there is a difference in the mindset of those who have saved a lot and those who haven’t. It’s not that those who saved led charmed lives and never faced adversity. It’s that they prioritized saving above other things. They sacrificed and at times may have scrimped to make ends meet, but always maintained their commitment to saving. I’ve met folks who have made very modest earnings their entire lives, raised families and still managed to save significant sums. I’ve also met couples who together make many hundreds of thousands of dollars each year, and yet can’t manage to set aside any money for the future. The key is to develop a saver’s mindset; to start early and stay focused.  If you want to develop a saver’s mindset, consider reading the book Wired for Wealth by Dr. Ted Klontz. It will also make a great graduation gift…just a thought.